JK Rowling net worth:  Joanne Jo Rowling is a British Novelist, Screenwriter, and Producer who has a Net worth of $ 1 Billion. She is best known for her “Harry Potter” Series. She is the only author in the whole world to have achieved the Net worth of whopping $1 Billion dollars. Her books have taken the audience by storm all over the globe, and the Harry Potter Movie series which is based on her novels is one of the most grossing movie series of all times; Second most grossing series tobe exact.  While her Books, which have nearly sold  400 Million copies worldwide are the best-selling book series of all times.

She was born on 31st July 1965 in Yate, England.  Her father was a Rolls-Royce Aircraft Engineer while her mother was a science technician. They met on a train for the first time in 1964.  As a child, Rowling would often write fantasy stories which she would read to her sister.  Rowling remembers her childhood far from being happy. Her parents were not very congenial to each other and most of the times were almost reticent towards each other or on minimal  talking terms.  In 1982,  Rowling appeared on the Oxford University test, but she failed.

In 990 , She was working as a bilingual secretary at the Amnesty International, when she conceived the idea of  Harry Potter while waiting for a delayed train from Manchester to London . She finished the first novel  “Harry Potter And The Philosopher’s Stone” in 1997. In that era , she faced the most challenging and nerve wrecking of incidents such as her mother’s demise and her divorce from her first husband. her first baby girl was also born at the same time.

Movie Series of Harry Potter were produced by the Warner Brothers. They purchased the  copyrights of the first two books in seven figures. This proved to be such a lucrative investment ,since the Harry Potter series has grossed $7.7 Billion at the global box office. Apart from Harry potter series , Rowling has written four other books named ; The Casual Vacancy (2012) ,  The Cuckoo’s Calling (2013), The Silkworm (2014) and Career of Evil (2015).

Rowling has lived a “rags to riches” life story.  She clearly climbed up from living on state benefits to multi-millionaire status within not more than five years’ period. Forbes ranked Rowling as the 48th most powerful celebrity of 2007 . She is the United Kingdom’s best-selling living author, with her Book’s sales in excess of £238m. The Sunday Times Rich List  of 2008 estimated Rowling’s fortune at £560 million, ranking her as the twelfth richest woman in the United Kingdom.  In October 2010, Rowling was named the “Most Influential Woman in Britain” by leading magazine editors. 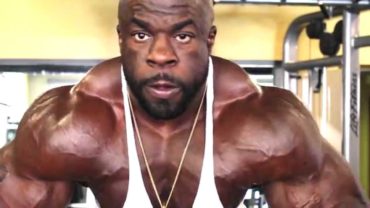