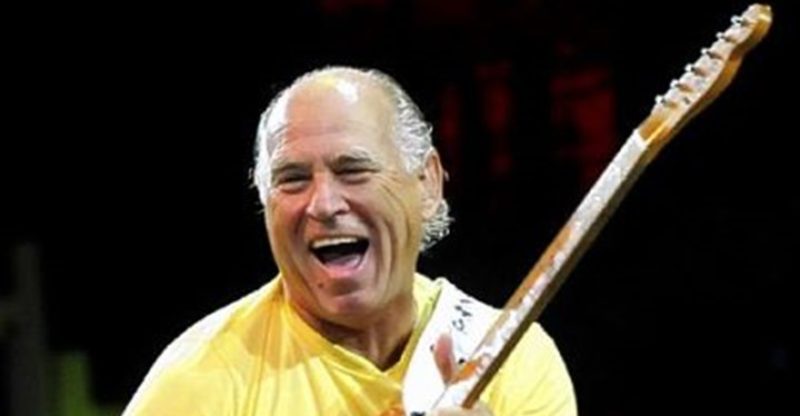 Jimmy Buffett NetWorth: Jimmy Buffett is an American Songwriter, Singer, Producer, and Businessman who has a net worth of $ 500 Million. Through his music, he portrays the Island Escapism lifestyle.  He has a special genre of audience. His audience likes to be called “Parrot-heads.” His younger audience is known as Parakeets or Keets, who are usually the children of Parrot-Heads.  Other than music, Buffett is also a best-selling writer, and he owns the Margaritaville Cafe restaurant chain and co-developed the Cheeseburger in Paradise restaurant chain.

Buffett was born on December 25, 1946, in Pascagoula, Mississippi. He spent part of his childhood in Mobile, Alabama.  His grandfather was a sailor which etched a permanent love for sea, beach and all the bosoms of the marine life on young jimmy’s mind. This was later manifested in his songs and music. He developed a love for playing Guitar in the first year of his college, and it became an everlasting passion.  After graduating from college, Buffett worked as a correspondent for Billboard magazine in Nashville. Later he decided to pursue a career as a country singer, and that’s when his serious music career began.

Jimmy began calling his music “drunken Caribbean rock ‘n’ roll” as he says on his 1978 live album You Had To Be There. Later on, Jimmy   used the term “gulf and western” to describe his musical style. Many other similar music performers have also chosen the same term to describe their type of Music. His Musical journey is full of enviable achievements. Of his 30 albums ,  8 are Gold Albums and 9 Platinum or Multi Platinum.

In 2003 , Buffett won his first ever Country Music Award (CMA) for his song “It’s 5 O’clock Somewhere” with Alan Jackson . In2007, he was nominated again for the CMA Event of the Year Award for his song “Hey Good Lookin”.

He has been able to launch many businesses on account of his fame and goodwill . He is a baseball fan and  he was part-owner of two minor league teams: the Fort Myers Miracle and the Madison Black Wolf. Combining his income from the restaurants, tours and album sales, he earns an estimated US$100 million a year.

In2015 , he received an honorary degree from the University of Miami . He was  Wearing flip flops and aviator as he advised the graduates during his sermon that , “It’s time to see the world, time to kiss a girl, and time to cross that wide meridian.” It was actually a quote from his song “The Pascagoula Run”.